Ever since I moved to Dubai, people have been asking me whether I’d been to a Friday brunch at any of the hotels. They’re always shocked when I say that I haven’t. ‘Oh, you must try it!’ OK, but with whom? And what’s the big deal anyway?

Earlier this week, I had dinner with some cousins at Okku and I had the same conversation with them. They said that when they moved here they would go to Al Qasr for Friday brunch quite often but stopped because they’d put on so much weight. They said it was worth going to. I said I’d keep it in mind.

The next day I met up with some friends from London who were staying at Al Qasr. They said they’d booked Friday brunch for the five of us (including their two kids). Great! I’d finally get to see what all the fuss was about.

I took a cab to Al Qasr – of course I got the cab driver who had never heard of the hotel and I had to direct him there. Apparently any muppet can be a cab driver in this city – he couldn’t even tell the difference between left and right.

But I digress. I got to Al Qasr at 12.30. I’d never been there and the hotel is stunning. I wish I’d taken my camera with me. 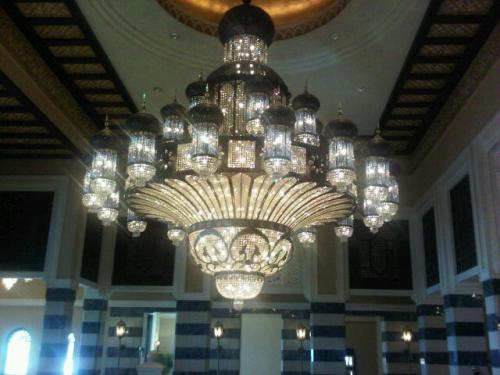 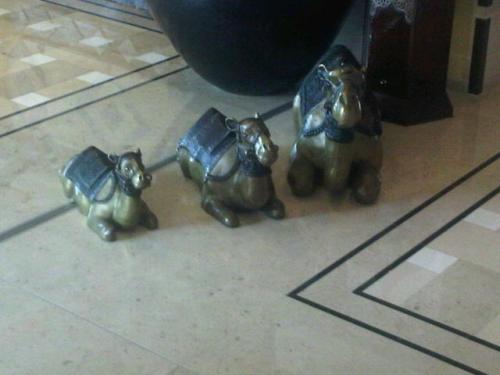 I met my friends and we joined the queue for brunch. There were hundreds of people there and the dining area was huge – there was seating both indoors and outdoors. We were given a glass of champagne on arrival and then led to our table outside.

We sat down trying to decide what we were going to eat – you could spend the entire day going from station to station and trying everything on offer. We had a look at the map and planned our route. ‘You can find me at the pork station,’ I told them. ‘Or at stations 31 to 37.’ It turned out I didn’t need to go to any of the alcohol stands as the waitress kept refilling our champagne glasses. If the kids hadn’t been with us I think it would have been a completely different afternoon. 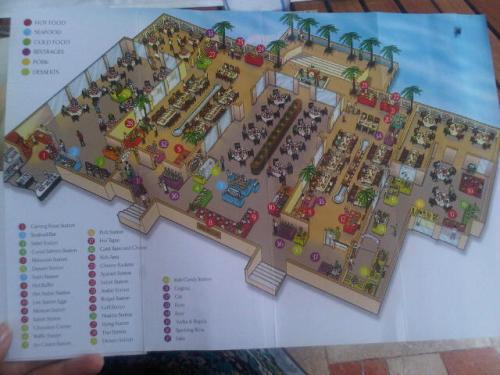 I started with sushi – which is healthy – but when I got to the Spanish section I helped myself to chorizo, jamon serrano, patatas bravas and paella. There was also a pot of very unappetising white sausages. I skipped that. On my way back to the table I passed a stand which seemed to serve just melted cheese – so I got some of that too. I love cheese.

Brunches are a great place to people-watch. You can tell the tourists from those who live in Dubai. Tourists are in shorts, t-shirts and flip-flops – men and women. Expat women are in fancy dresses, heels, make-up; men are in trousers or jeans and shirts… I did see an older woman who I thought had really gone over the top – she was wearing a long navy dress and the first thing that came to my mind was ‘mother of the bride’. Sure enough, a couple were having their wedding lunch there! I thought it was a great idea. A great live band, flowing champagne and wine, and an endless supply of food – what more could guests want?

Then it was time for dessert. I was going to have something chocolate… 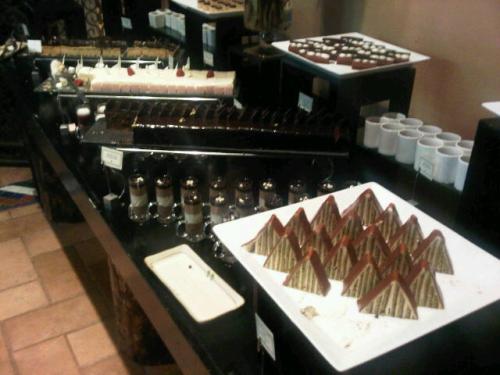 And then saw the red velvet cupcakes…

We were there till about 3.30 and would have stayed longer but the kids were getting restless.

Would I go back? Absolutely, only next time I’m taking my camera…