We were up early on Wednesday as Harry had arranged for us to go white water rafting at Bali Sobek in Ubud. We left home at 8.45am and we were there by 10.30. Five of us were supposed to go, but in the end it was just my sister (A), my brother-in-law (N) and me.

I’d never been white water rafting and didn’t know what to expect at all. Our guide Rambo (seriously!) introduced himself to us and a Japanese couple. We were given life jackets, helmets and paddles. We put our valuables in a waterproof bag and left the rest of our stuff behind.

We then walked down 599 steps into the valley of the Ayung River. If I had known about the steps in advance I wouldn’t have done it. Not because I think they’re too hard, but I can’t walk down long flights of stairs without having anything to hold on to – I freeze. I would rather walk up 599 steps! I made my sister walk right in front of me so that I couldn’t see how far we had to go. I made it down in one piece and we got into our raft. N and I sat in front as we were the tallest, the Japanese couple sat in the middle, Rambo sat at the back, and A was perched on the side. This is the 2-hour route we took.

As our valuables were in the waterproof bag, I couldn’t take any photos but the scenery was breathtaking – there were ancient carvings in the stone cliffs, waterfalls, and greenery everywhere. A kingfisher flew past us at one point and we saw another sitting in a tree later on.

An hour into the trip we stopped for some refreshments. 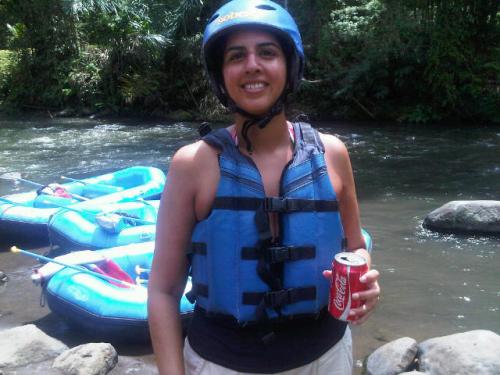 It was a good laugh and we were completely drenched by the end of it! 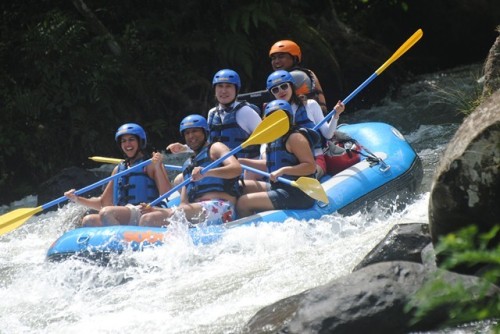 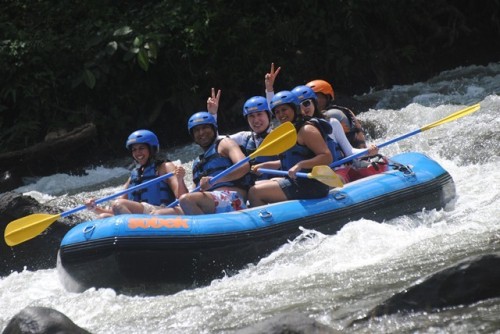 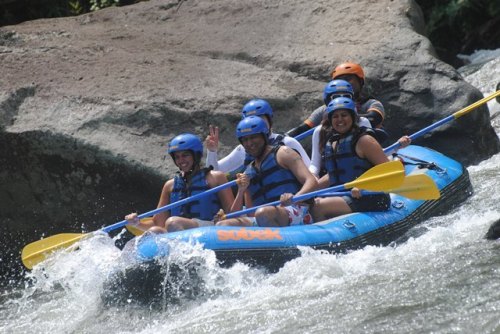 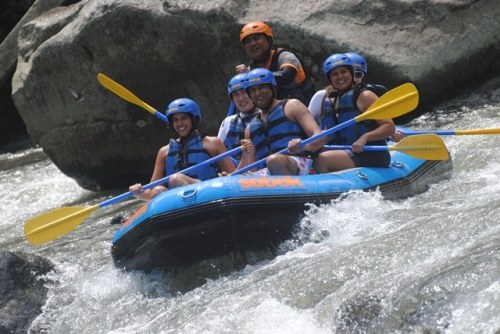 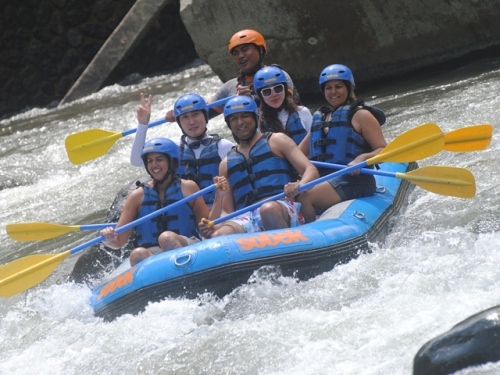 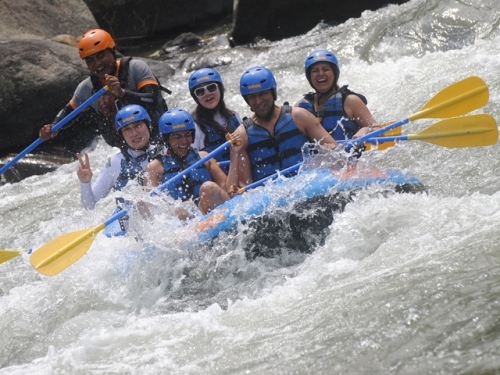 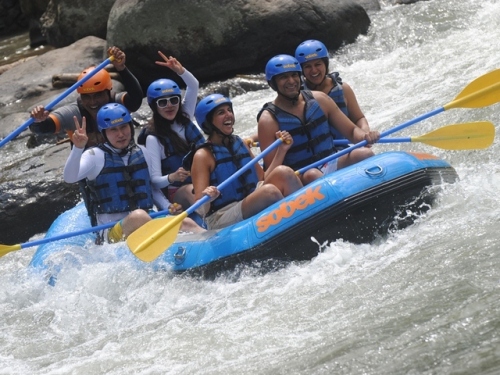 When we finished (I didn’t want it to end!) there was a buffet lunch waiting for us. We tried not to eat too much as we were meeting the rest of the family later on. We then had to climb up 200 steps to the pick-up spot and changing rooms. After the earlier steps this was an absolute pleasure!

By this time the rest of the family had arrived and were in the Ubud Monkey Forest. The Monkey Forest is a nature reserve and temple complex. Entrance costs 20,000 rupiah ($2). You can also buy bananas to feed the monkeys but I didn’t want to get too close to them – they can be vicious. 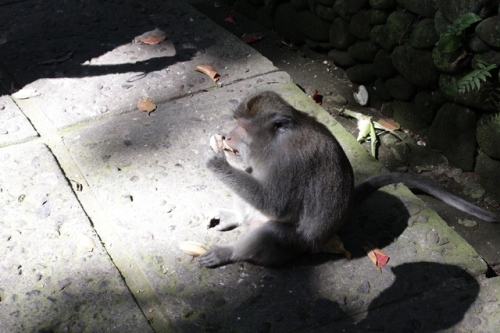 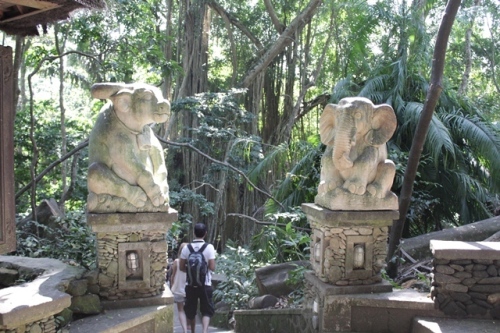 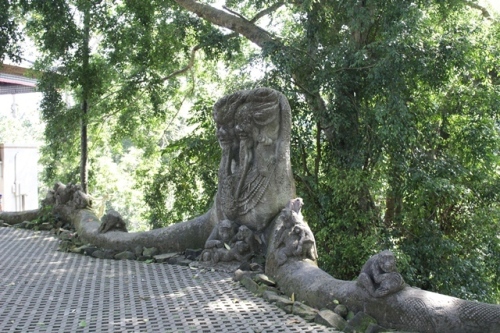 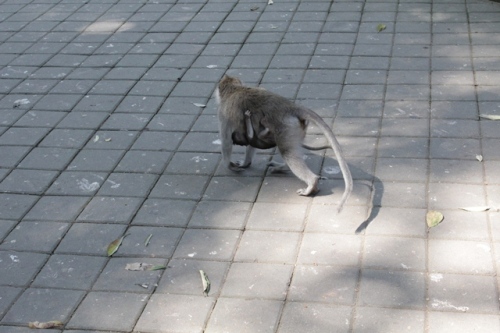 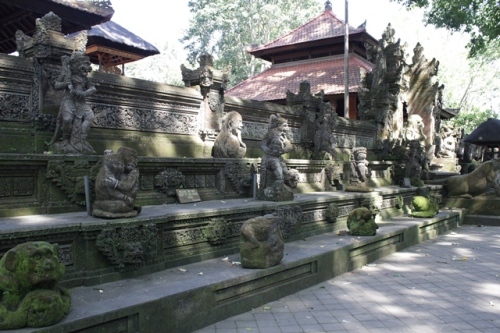 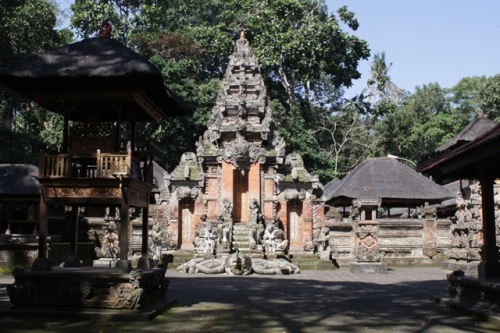 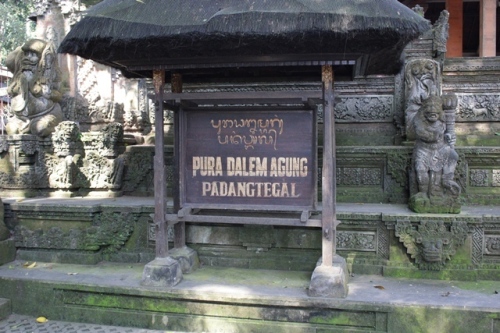 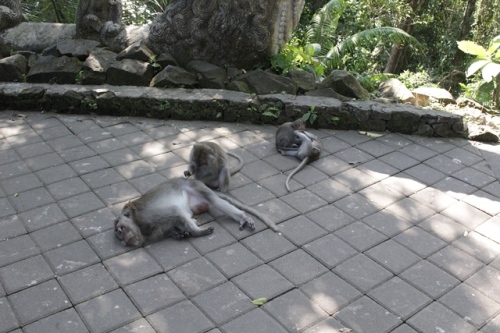 As I was walking around I felt something tugging at the back of my dress. One of the little f***ers was trying to climb up my dress and had managed to tear it. It was brand new as well! And it wouldn’t let go. None of the others were around but a man shooed the monkey away. ‘He was trying to undress you!’ he laughed. I didn’t find that funny at all. Idiot. 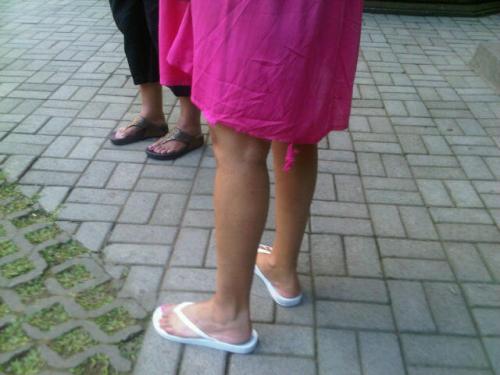 I’d had enough of monkeys by this point. My dad and brother had gone ahead to a restaurant close by called Padi Prada so I walked over to join them. 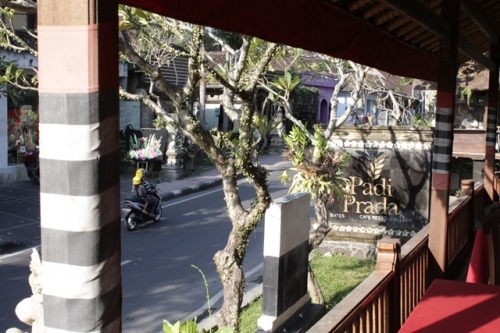 The food and service were average but the view was gorgeous. 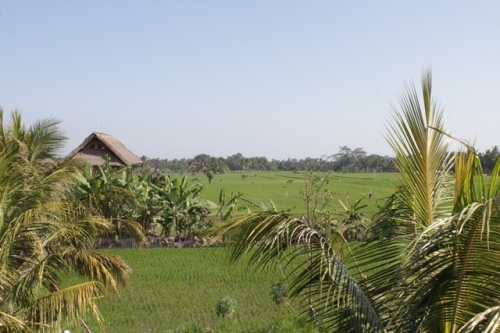 After lunch, we split up. My brother and his wife went to look for paintings and the rest of us wanted to see Ubud Palace.

Ranuh parked the car close to the palace but we stopped for ice cream first. While hanging around there we saw a temple procession coming down the road. 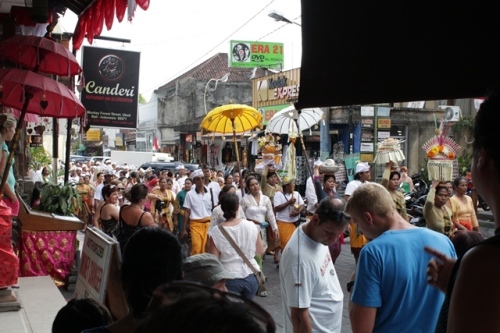 We finished our ice cream and walked to Ubud Palace, where some descendants of the royal family still live. 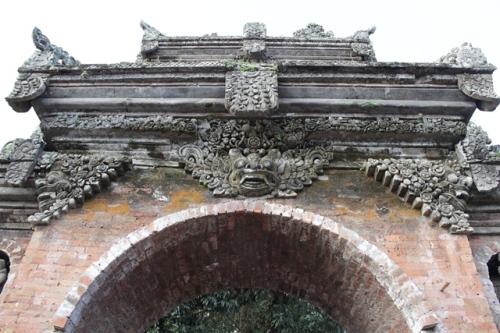 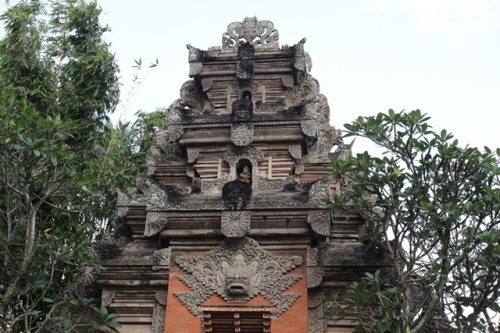 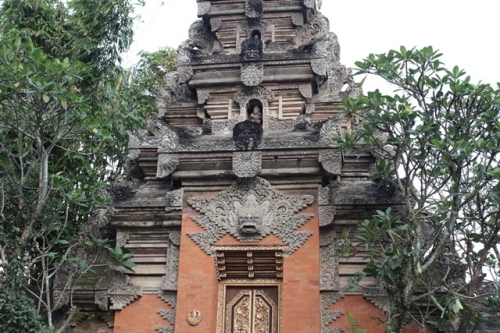 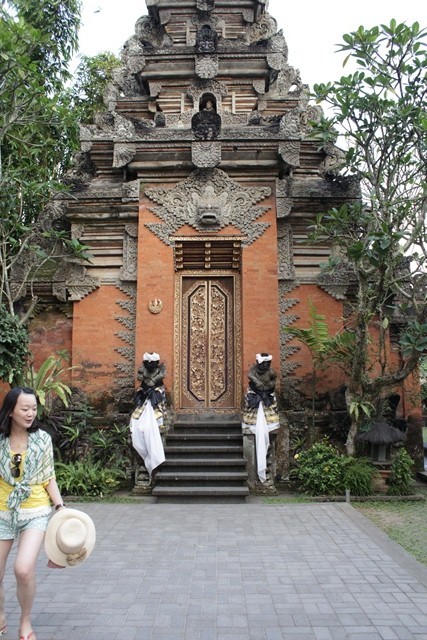 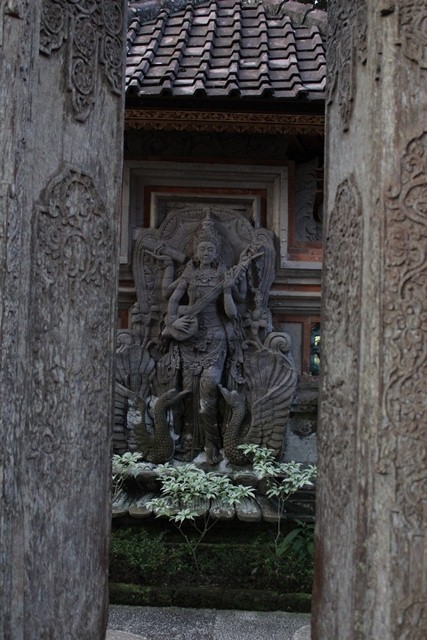 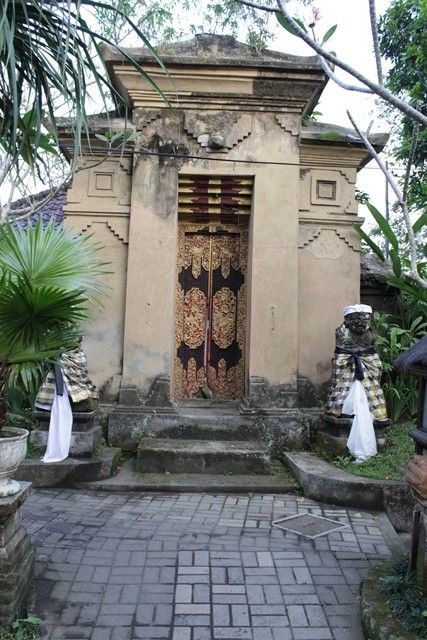 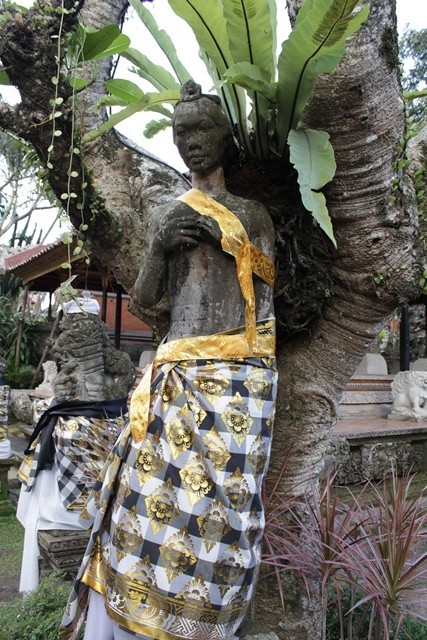 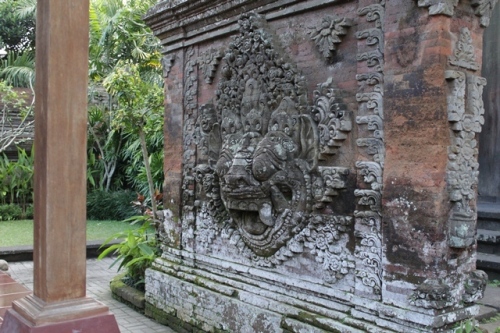 After walking around the palace for a little while, we went to Ubud Market across the road to have a look around and then headed back to the car.

It was a brilliant day out and we all passed out in the car on the way home!