After N, S and T left Bali we decided to take V to the Bali Safari & Marine Park one day. We all went – my parents, A, V, his nanny and me.

We left home at about 12.30 and it took an hour to get there. There were three packages on offer – we took the cheapest one at $45 each (there was no charge for V).

Like Bali Zoo, the park was very Balinese – lots of carved stone statues – and it was very pretty. 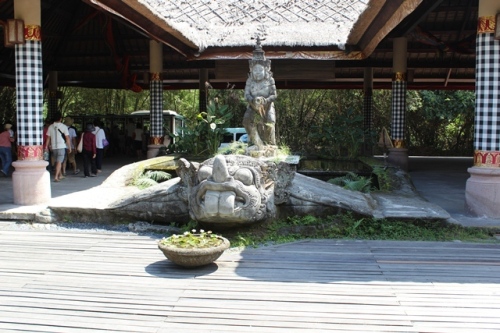 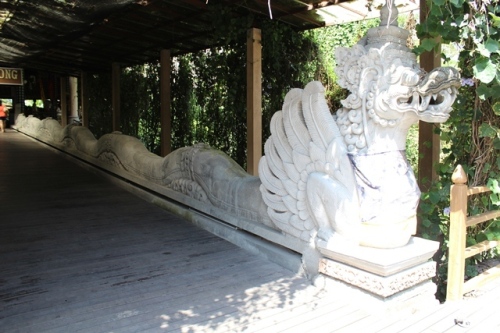 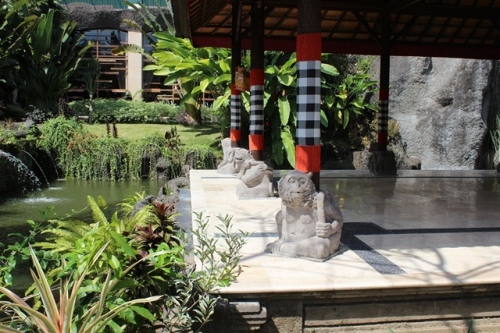 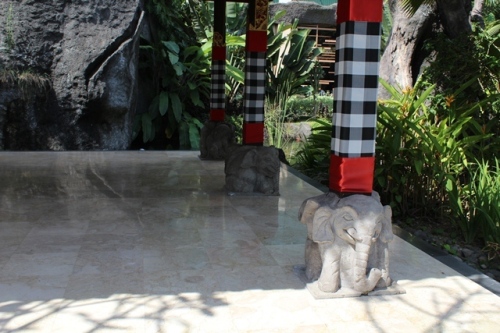 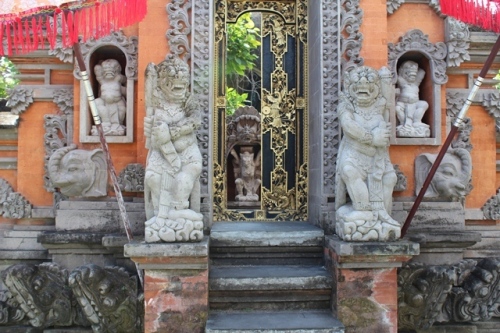 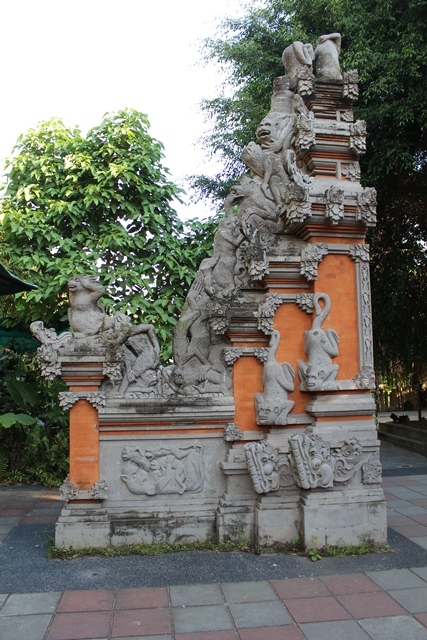 The first exhibit we saw was a replica temple.

V got to have his photo taken with an orangutan.

Unlike traditional safari parks, you don’t go in your own car and drive through the park. There are air-conditioned buses that come along every few minutes with guides pointing out the animals. V was very excited to be in the bus and we were lucky to be sitting in the front. We went on a journey through Indonesia…

The hippo submerged itself for a while and popped up a few seconds later at my window. 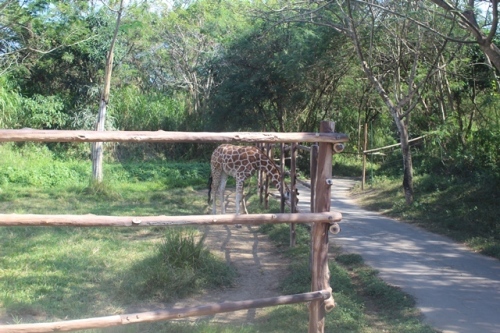 After the safari tour, we went to see the Komodo dragons. (You can read about my trip to Komodo here.) 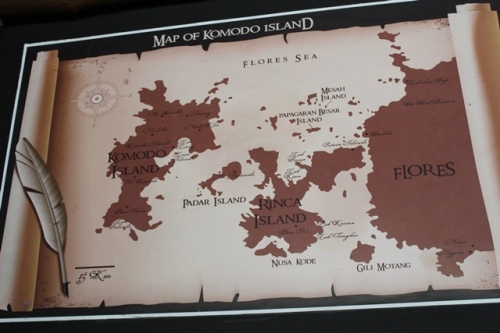 (That last one isn’t a real dragon!)

The last line made me laugh – who wouldn’t wear pants??

We then stopped to have some lunch.

After lunch we went to see the white tigers. 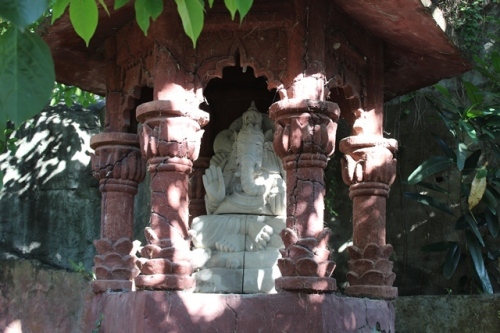 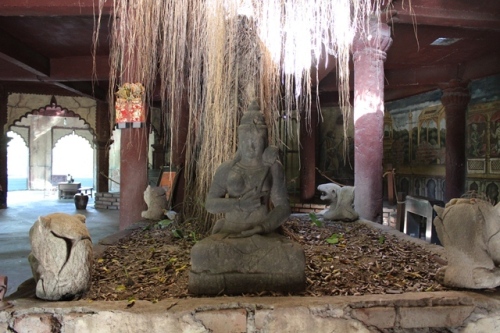 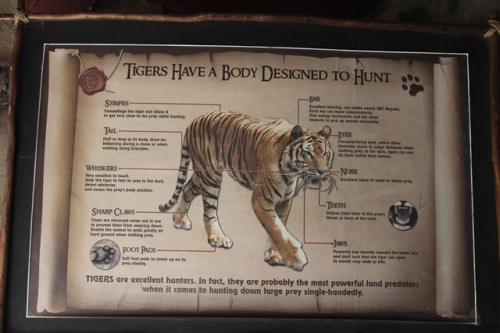 There were pythons in the same enclosure.

On our way out we spotted some parrots playing hide and seek with each other. 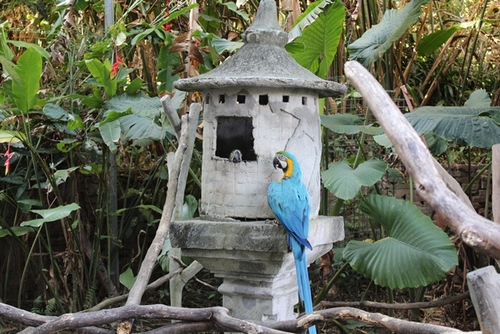 As we left I saw an exhibit I missed completely on the way in: the false gharial and the cougar…

I had been looking forward to the Marine Park but we discovered it wasn’t open yet! They did have a freshwater aquarium though (but we didn’t venture all the way in). 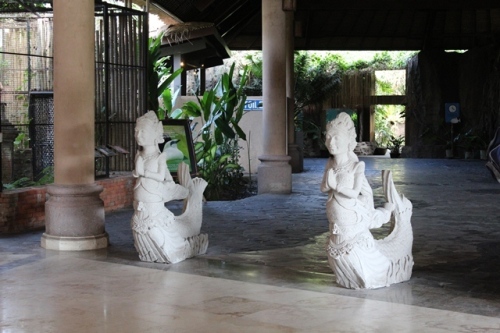 It took us about an hour to get home – and most of us dozed off on the journey home!