It was a somewhat turbulent week – not much seemed to be happening on the surface, but it was all going on behind the scenes.

I had a session with Randy on Sunday morning. That afternoon I met a friend from London for coffee at the Armani Cafe. After that, I decided I’d try on some clothes – I hardly ever feel like doing this so I thought I’d make the most of it. I’d had my eye on a dress for a while and when I found it I just decided to buy it!

I went home and had a call with the person who took over my job when I left London. It wasn’t a good conversation – I had to sign a confidentiality agreement before we had the call but I’ve since seen a press release about it so I can mention it here.

When I got the confidentiality agreement on Saturday I told a friend of mine what my suspicions were – that the journals had been sold to another publisher – and this was confirmed on Sunday evening during my phone call. Before I asked what this meant for my position, I asked about the team I’d put together. They were being made redundant and had been told 3 weeks before. All of them. They’d all had to sign confidentiality agreements which explained why I hadn’t heard from any of them in a while! Not one of them had been offered a job with the new publisher. Hearing that actually made me feel sick – I’d hired most of them and now they were all out of jobs. And me? After hearing about my team I expected to be told my services were no longer required. However, my colleague explained that as I was a supplier for the company, the new publisher had agreed to continue using the existing suppliers. I was surprised – of course my colleague couldn’t tell me how long they’d use me for – it could be for just a month or so. I emailed my team to say how sorry I was to hear the news and if they needed any references from me I’d be more than happy to provide them. Only three people responded – I felt terrible.

It was a quiet week otherwise – I’d been very unmotivated to do anything. I met a friend for lunch on Monday – we’d been trying (not very hard admittedly) to meet up since I moved here but one of us was always either busy or out of town. We went to Shakespeare & Co, next to Park n Shop – it was a fun lunch and it was good to catch up.

Tuesday was my first Diwali in Dubai and I was on my own. I was home all day, and that evening I went over to my cousin’s for the Diwali puja and then we went on to a couple of parties, one in the Meadows and the other in Emirates Hills. I actually knew a few people at the Emirates Hills party – people I’ve met over the last few months.

I didn’t go anywhere on Wednesday and was home most of Thursday too – on Thursday night I met up with my same friend from Monday’s lunch – we went to Costa Coffee at Mercato. It was a very impromptu evening – I was glad to get out of my flat and out of my own head. My thoughts were going round in circles and I welcomed the distraction.

I went home in a more positive frame of mind. It’s cheesy, I know, but I decided to re-read The Secret. I read it a few years ago and I thought I should read it again. I was up till 4am on Thursday night and finished reading it on Friday morning. I felt a lot better than I had all week. I decided I was going to focus on the positive things in my life and I am grateful that there are so many of them.

I spent the rest of Friday at home – mostly working.

I was home most of Saturday too. I decided I wasn’t going to continue with the NaNoWriMo challenge this year – I was already 15,000 words behind schedule and had no idea what I was writing about. Next year (if not before) I will be more prepared, less distracted, block out some time, and kick November’s ass! 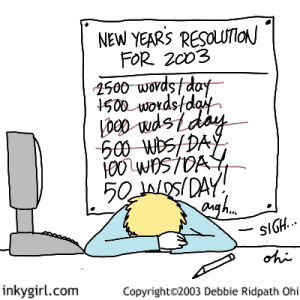 I went to the bookshop at the Dubai Mall in the evening – I wanted a couple of Moleskine notebooks (I love them!). As I was waiting for Kaleem to bring the car round (how spoilt do I sound?) I noticed that it was a bit chilly outside! The temperature couldn’t have been any lower than 24C but it felt cool. I’ve also noticed that it’s dark by 6pm these days. Winter is coming! After the mall, I went to my writing group at The Pavilion Downtown in the evening. I was a bit early but the organiser was already there when I got there and we ended up chatting for a while.

‘What do you usually write?’ she asked me.

‘Rubbish,’ I replied. She burst out laughing and then expected more. ‘Rubbish fiction,’ I clarified.

We talked about the writing process and how we both went about it.

We were eventually joined by a few people and the session started. As before there were two exercises, each lasting 30 minutes. The first one was about characterisation – you could develop the characters however you wanted but the one stipulation was you had to mention a card game. I’m not a big card player so I actually wrote about a Tarot reading (the origins of Tarot lie in 15th century Europe, and it started as a deck of playing cards) and developed my main character through that.

The second exercise was about voice – the organiser asked us to use a humorous voice about finding directions to a coffee shop. I found this one tough – humour is actually very difficult to write, no matter how funny you think you are. If I try and re-create a funny incident that took place, it never sounds as funny as it was when it happened. Halfway through this exercise my wrist started aching. Some people bring their laptops to the write-in, but I prefer a notebook and pen. When the 30 minutes were up, the organiser said we could do another 30-minute exercise and had my wrist not been hurting so much I’d have stayed on. I didn’t think I’d be able to write for 30 minutes.

I was home by 8.30pm and finished off some work. It was a quiet weekend, but I enjoyed it. 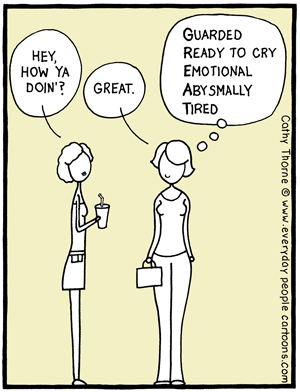