I had my usual Sunday session with Randy. I started with a 5-minute warm-up on the cross-trainer and then began the first circuit:

I did that three times. In the second and third sets, Randy increased the weight of the lateral pulldown and the time of the plank. Last week I decided to start the 30-day plank challenge but totally forgot about it over the weekend. I didn’t feel so bad about that after doing three planks in one day!

I did another 3 minutes on the cross-trainer and had a short rest. I then began the next circuit:

I did that three times. In the second and third sets, Randy increased the weight of the incline chest press to 15 lbs and decreased the reps to 12. I found this really heavy and by the last few reps he literally had to push my arms up because I was so tired. And by the time I got to the shoulder press in each set, even the 3-kg weights seemed too heavy. Pathetic, I know! I also hadn’t done a wall squat in ages and it was just awful.

I thought I would be in serious pain when I woke up on Monday but it really wasn’t bad at all. I went back to the gym and walked 3 km (27:00). After that I did a plank for 1 minute (part of my 30-day plank challenge) and then spent 5 minutes on my abs and 5 minutes on my arms. It was a good workout.

I didn’t work out on Tuesday and totally forgot about the plank challenge. Oops.

On Wednesday I had a tough session with Randy. I started with 5 minutes on the cross-trainer and then began the first circuit:

I did that circuit three times. It was hard!

I took a water break and then began the following abs circuit.

I did that circuit three times and then got on the cross-trainer for 3 minutes. I had another water break and then began the third circuit:

I did this circuit three times. After the first set I got really irritated. I hated the crawl-outs and after doing them my arms were tired and the side raises were almost impossible. For the last five reps in each set Randy had to actually help me lift my arms out to the sides and I had to control them on the way down. By the end of the third set I was ready to throw those stupid weights across the gym and have a tantrum.

Randy then stretched out my upper and lower body and I was done. Thank God – because had he asked me to do anything else I might have punched him.

I didn’t work out again in the week.

Low point of the week? Eating and drinking a lot over the weekend. I was out on Thursday night and then on Friday I had a friend in town for the weekend – we were out for lunch and dinner on Friday, and lunch and dinner on Saturday! Oh, and I also keep forgetting about the plank challenge. Not good! Also, I’m definitely not as toned as I used to be. I need to start taking this more seriously.

High point of the week? Catching up with good friends (I know it’s not health and fitness related, but it’s good for my overall wellbeing).

Weight loss? Erm. None. I’m still at 71 kg. I think it’s time to stop eating peanut butter on toast for breakfast every day. 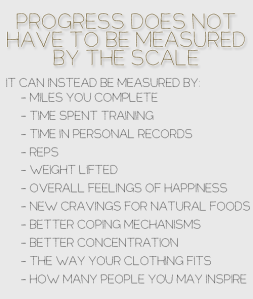