I left Dubai on Friday, 4th October and was going to be away for almost four weeks. As I was packing I just didn’t feel like travelling – four weeks is a long time to be away from home! I was also dreading the weather. As we touched down at Heathrow, the captain announced that it was 21C outside and it was expected to stay that way for a few days. I was going to boil! I’d packed jumpers and had my coat with me.

Every time I go to London I end up coming home absolutely exhausted. I hoped this time would be different because surely four weeks is enough time to catch up with everyone? Apparently not…

I was spending the first ten days at my cousin’s place in Kensington and then moving to St John’s Wood after that. I got home at about 6pm and needed to sort out a few things including my new SIM card. My cousin had informed me she had a work thing on that evening and wouldn’t be home so I made plans of my own. I met up with a friend at his place in Park Lane and had a drink with him and another friend. They asked me what I fancied eating – I don’t know why but travelling always makes me ravenous! I told them at that point I’d settle for a pack of ham from Marks and Spencer. We walked to Pizza Express in Bruton Place, off Berkeley Square. It was just what I was in the mood for – a drink and an American Hot pizza with jalapenos. Every time I go back to London I’m shocked at how cheap alcohol is and how expensive cigarettes are!

After dinner we went to the bar at Claridge’s for dessert and a couple more drinks. We ordered three desserts but I found them disappointing. Surprisingly the best one was the ice cream! After another vodka we walked back to Park Lane and I got a cab home. I was exhausted.

The following morning I went to see my cousin in Maida Vale and her twin girls who had just turned a year old in September. I spent about an hour with them and then went to meet one of the girls for brunch at Raoul’s (the other was away for the weekend). We shared the crab and avocado salad to start with and then I had scrambled eggs and sausages. Wow – I’d missed that! I didn’t go totally overboard and have French toast for dessert because I had four Saturdays to enjoy with them…

That night a friend was having her 40th birthday at the Haymarket Hotel. She had a sit-down dinner for 60 people – we started with drinks in the Library and then moved into the Shooting Gallery for dinner. The food and service were excellent – and it was nice to see so many people in one go! After dinner there was a live band and some dancing, and then a few of us went to Morton’s in Berkeley Square for a few more drinks. It was a heavy night and I got home after 3am.

Sunday was a crazy busy day! A friend was running the Royal Parks Half Marathon and I’d told his wife I’d meet her for breakfast while he was running. For some reason my phone wasn’t working so I didn’t get any of her messages and was running very late! We met at the Sheraton Park Tower in Knightsbridge where they have a breakfast buffet. When I got back to the table she looked at my plate and then looked at me: ‘You have got to be kidding.’ Nope, no joke: sausages, salami, mortadella, Parma ham and a ham and cheese omelette. I guess I really missed pork! The breakfast is fantastic – I’d recommend it. Our waiter also told us that the table we were sitting at was his favourite. ‘Why?’ I asked. ‘Because George Clooney and Leonardo di Caprio sat there! Wow – I started wondering how I could walk out with one of their chairs…

Once I’d finished eating we walked back to Hyde Park hoping to catch her husband at the finish line. The weather was amazing and I wished I’d taken my camera with me. We saw him running in at 2 hours and 14 minutes – amazing! And he didn’t even look like he’d broken a sweat. When we caught up with him, and he’d caught his breath, we asked him what he wanted to do. ‘I want a pint,’ was his reply. So we crossed the road and went to The Paxton’s Head on Knightsbridge. I was feeling a bit rough from the night before and asked for a half pint – of course, nobody listened to me and I was handed a whole one. The pub was full of other people who had completed the half marathon. We had our drinks and left (I really couldn’t finish mine). We went back to their house and relaxed for a while.

At about 3pm I thought I’d leave them to nap and walk around for a while. I walked up to Selfridges and just as I was thinking about going home my cousin called suggesting we meet at Yauatcha for a late lunch. So I started walking back towards Oxford Circus. By the time we sat down to eat it was about 4pm. I didn’t think I could eat anything after my breakfast, but clearly I was wrong! The food at Yauatcha is excellent – but I thought the service was terrible. Aside from all the usual dim sum, we had a bottle of wine to go with our meal. Yes, drinking again! We’d finished by 6pm, my cousin was heading out elsewhere and I decided to walk for a while – it’s one of the things I miss about London when I’m in Dubai. The sun was setting at the other end of Oxford Street and I managed to take this photo. I took a bus to Kensington and got home at 7pm.

At this point my feet felt like they were on fire. I wasn’t used to walking, and certainly not in heels or my regular day shoes. A friend told me he’d pick me up for dinner at about 8pm and I was so relieved because I thought he’d bring his car and we’d go out for dinner. At 8pm he called me asking me to meet him at the end of the street – he’d walked and wasn’t driving! I met him and we hadn’t really decided where to go – we were just walking around trying to find somewhere. We eventually decided to walk to The Churchill Arms in Kensington Church Street. Even though it was a long walk, and I felt like I was walking on hot coals, it was a nice evening and we talked all the way there and back. I was most surprised that we didn’t even have to wait for a table. I know you’re wondering how I could have possibly eaten any more that day but we only ordered one portion of spring rolls as starters, one green curry with prawns and one pad thai – to share between us. And all the walking I did helped! I was home by 10pm and had an early night. I was exhausted!

On Monday I had a couple of check-ups I wanted to get out of the way (mammogram, etc.) and everything was fine. As I was around the corner from a friend’s place I popped in for a casual lunch – we had soup and quiche. I then walked to John Lewis to meet a friend who was browsing there – I just wanted to say a quick hello. We walked around for about 15 minutes and then I went back to Kensington. I tried to do some work but just couldn’t stay awake so I had a nap!

That evening, my cousin and I went to XO in Belsize Park for dinner with a couple of friends. I hadn’t been there in years and really enjoyed it. It wasn’t too late a night and we were back home by 10.30.

On Tuesday morning I met a friend for coffee in Starbucks in Kensington High Street. I decided I couldn’t bear to wear my slip-on shoes any longer and wore my trainers instead. I also decided I’d go to Kensington Gardens after coffee and walk around and take some photos with my camera. I got to Starbucks and my friend asks, ‘Why do you look like a complete tourist?’ ‘Because I feel like one!’ I told her that in the 20 years I lived in London, I’d never really walked around Hyde Park and Kensington Gardens. I wanted to make the most of the weather too. Ever since I’d been in London I hadn’t needed my coat and in the evenings I’d only used a shawl – amazing for October! After coffee, I walked back towards the park and went in.

Walking around Hyde Park was almost like summertime, but without the hayfever. 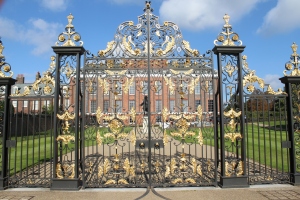 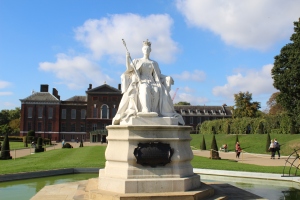 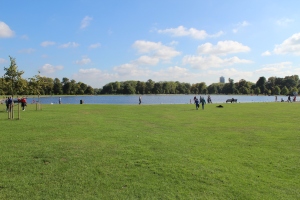 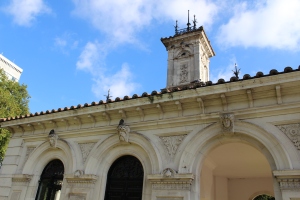 The Pump House in the Italian Gardens 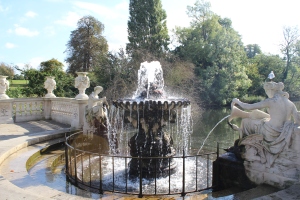 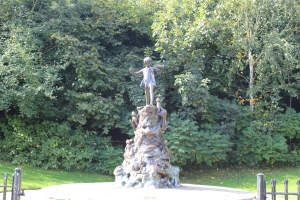 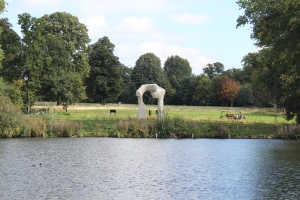 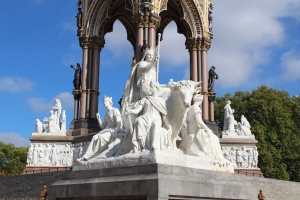 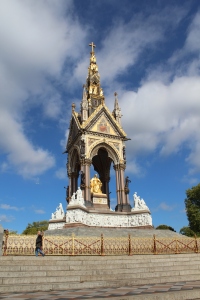 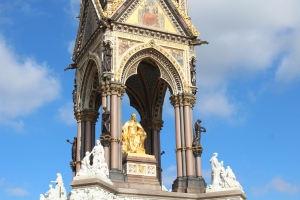 I went home after my walk in the park and had some lunch. Once again I sat down to do some work but ended up having a nap!

That evening I had dinner with the girls at Michael Nadra in Primrose Hill. I’d heard mixed things about the restaurant but I thought the food was fantastic.

I had the cheese platter for dessert. Amazing. Again, it wasn’t a very late night and I was home by 11pm.